You play as Izel, a blood shaman investigating the sudden disappearance of the sun. Your journey takes you through a twisted, corrupted jungle to the temple of Tlaltecuhtli where Izel must face the wrath of a god in order to restore balance to the world.

engine built from scratch by our programmers.

We also chose the setting for our game.
We had to choose between two themes, and we settled on an Aztec theme over Tibetian, since we felt that a jungle world would offer more creative freedom for all disciplines. 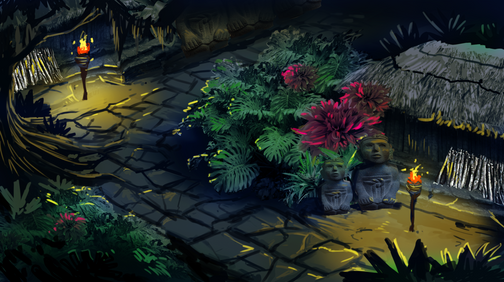 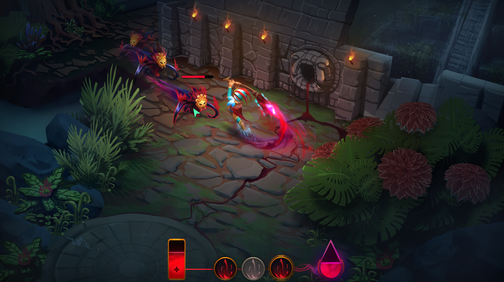 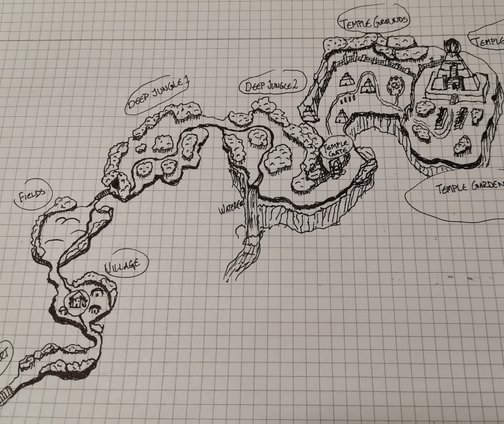 A quick world-map over the entirety of the game with all individual levels listed.

When we had settled on a theme, a taskforce was formed to create a narrative and story for the world.

We did some research about Aztec culture, tales of creation and different deities.

Since I love worldbuilding i volunteered for the taskforce and we started fleshing out the world.

The level design team had a quick sit down and decided what kind of levels we wanted to have in the game.

I drew a quick world map to be used as a reference for us when individual level sketches were going to be made. 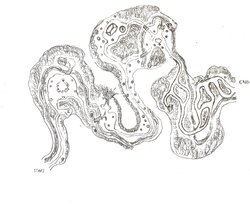 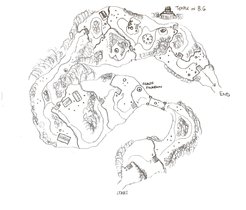 We had decided to include 7 levels plus a boss initially, but due to workload and limited time we decided to cut one of the levels.

The levels I initially were responsible for were level 3 and 4, but the LD-team decided on iterating on each others levels, so I passed on level 4 to another designer and got responsible for finishing the design on levels 1, 2 and 3 as well as the boss level and the bossfight.

Aside the levels and the boss, I also tweaked a lot of player and enemy metrics/abilities such as cooldowns, damage values, hitpoints and hitboxes and movement.

This was done both via prefabs in unity, but also via .json-files our programming team had prepared for us to use.

Working on the bossfight itself was an undertaking.
Since all the different parts of the boss (attacks, hitboxes, projectiles, enemyspawners, floor-tiles etc) was mostly individual scripts there was a lot of components to keep track of in order to tweak the bossfight.

I worked closely with the programmers to get the boss to work as intended and to understand the different scriptcomponents and variables.

Many mechanics that was planned in the Game Design Document proved a challenge to actually pull off. But I think the boss-fight turned out quite nicely in the end.

If I were to start this project today, I would probably have invested more time in the bossfight, and started working on it earlier.
The amount of levels we chose to have in the game had an impact on a lot of gameplay tweaks that otherwise could have been prioritized and probably vastly improved.